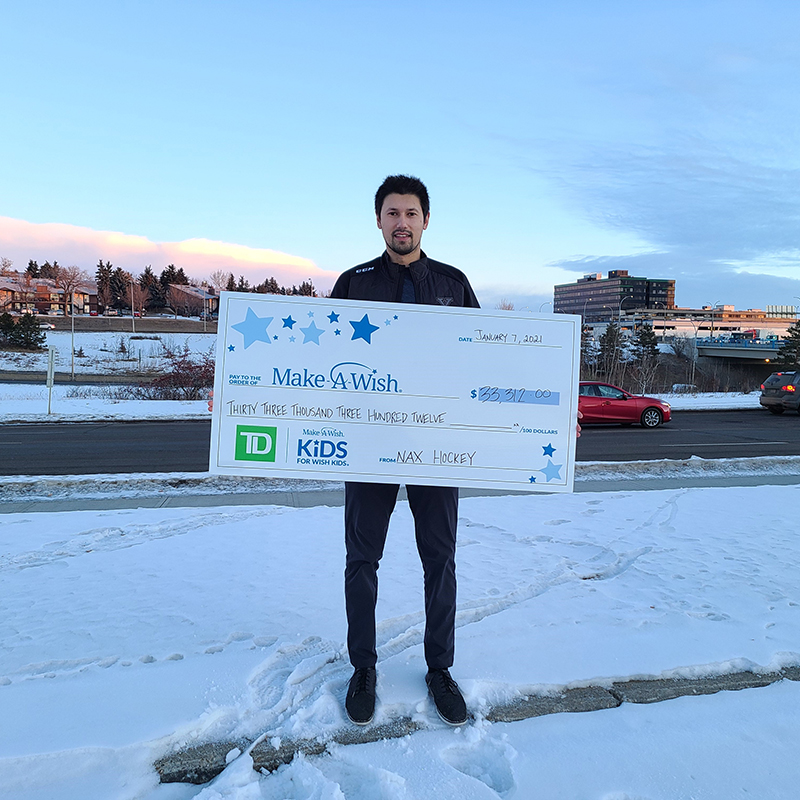 “Per the Canadian Sport School Hockey League (CSSHL) and our own NAX philosophy, we strive to give back to the community every year by participating in volunteer events (charity/community service/fundraisers) each season,” said NAX Vice President & Business Development Tyrel Spitzer.

“Here at NAX each team usually participates in one event before the New Year, and one after. In the past most of our teams have participated in some type of Food Drive or Devon Christmas Elves around the holiday season, but unfortunately this was not possible this year due to COVID,” added Spitzer.

As an alternative, on December 29th the roughly 90 NAX student-athletes participated in a program wide fitness activity to raise money for Make-A-Wish. Each student-athlete was tasked with completing a 30km bike or 10km run. Alternatively, families of NAX student-athletes were encouraged to work together and achieve a family goal of a combine total distance of 50km bike ride or 20km run.

On December 22 the Devon based Xtreme set out with a program goal to raise enough money to grant a full wish, which is a total of $10,000.