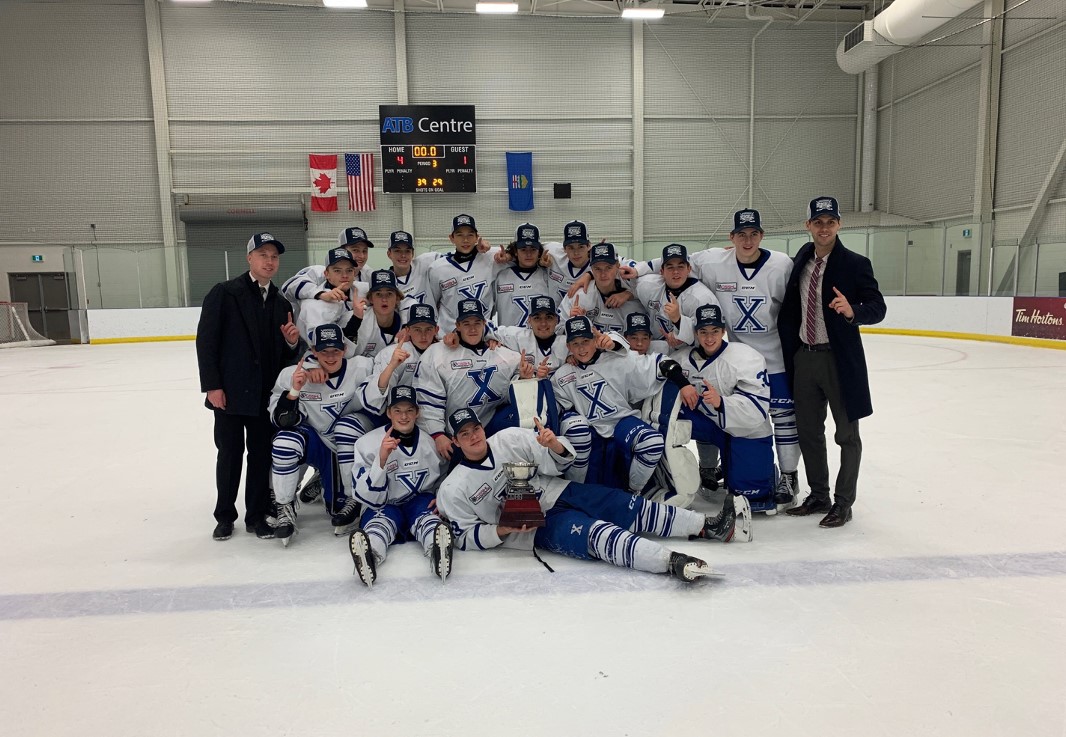 The Northern Alberta Xtreme Elite 15s won the 2019 Logan Boulet Memorial Invitational in Lethbridge with a 4-1 victory over the host Lethbridge Headwater Hurricanes on October 20.

Following a 2-0-1 round robin that saw the team defeat Red Deer and St. Albert and fall to the Okanagan Rockets in a shootout, the Xtreme played the Saskatoon Riverkings in the semi-final and came away with a 6-1 victory.

This set up a final’s appearance against Lethbridge, a team the Elite 15s beat to capture the Okanagan Tournament last year. For the second tournament in a row the Xtreme beat Lethbridge 4-1, winning the 2nd annual Logan Boulet Memorial Invitational.

Although this was the third year of the Lethbridge Minor Midget Tournament, it was the second annual in memory of former Humboldt Broncos and Lethbridge minor hockey player Logan Boulet.

Logan was one of the 16 Humboldt Broncos who tragically passed away on April 6, 2018, following a horrific accident involving the team bus and a semi.

Logan’s parents were in attendance at the gold medal game for a ceremonial puck drop and to hand out t-shirts, hats and the trophy at the conclusion of the championship game.

Based in Devon, the Northern Alberta Xtreme hockey academy is currently in their fifth season in the Canadian Sport School Hockey League (CSSHL) which sees them play league games against teams across Western Canada.

The program, which combines school and hockey, has teams at the Bantam Prep (13-14 years old), Elite 15s (15 years old), and Midget and Female Prep (15-17 years old) levels. All four Xtreme teams play their home games out of the River Cree Twin Arena’s.

The Elite 15s are the longest tenured and most successful among the NAX teams having won championships in back-to-back seasons and three of four overall. The Midget Preps, now in their fourth season, have also won back-to-back CSSHL titles.

The Elite 15s are the only NAX team in action this weekend as they travel to Notre Dame looking to build on their 7-1-1-0, first place start to the season.